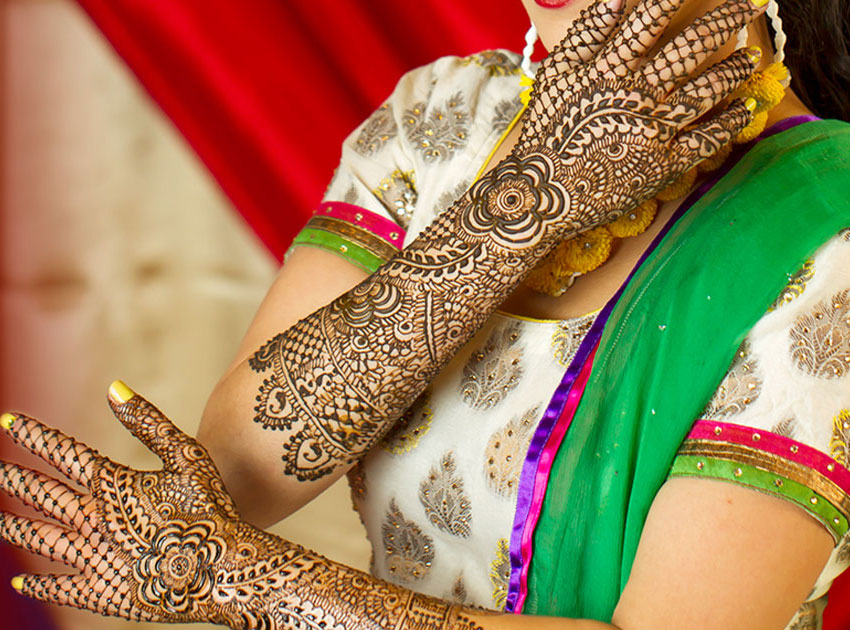 MEHNDI ARTIST- the role of Mehndi artist is to decorate the hands of bride and other members of the family with beautiful and artistic design by henna or Mehndi. Mehndi application is one full ritual of Indian wedding and is considered very auspicious for a bride. It is believed that the dark color of henna indicates a good and happy married life.

A special Mehndi ceremony is organized to mark the occasion. In many families it is celebrated in a grand manner in banquet hall or at bride’s home. Usually it is held on the eve of marriage or few days before marriage. A professional Mehndi artist is hired to apply Mehndi on the hands and feet of the brides. A wedding Mehndi design is very exclusive and I often called as bridal Mehndi. The Mehndi ceremony is full of fun and dance.

Even a groom applies Mehndi on his wedding day as a ritual. The legacy suggests that applying Mehndi brings good luck. The color of Mehndi is very significant as the longer the color of Mehndi is visible, the more luck it is considered to bring to a bride. Mehndi artist are well versed in the latest and traditional style of Mehndi and can design in various style like Arabian, Pakistani, Jardosi, and Rajasthani and as per the request of the client.